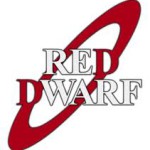 The gazpacho soup day originated in the Red Dwarf series where one of the main characters tasted the gazpacho soup in an untraditional way and that excited the fans of this series in such a way that they began to celebrate the 25th of November as the Gazpacho Soup Day by eating gazpacho soup. In 2010 this day came into geocaching – the first event with this theme took place and since then it has been a traditional november event. In 2013 the Gazpacho Soup Day was organized as a multievent, which means a celebration on multiple places. 14 cities in three countries participated in celebrations. This year we plan to organize the whole-weekend megaevent GC7GAZP.